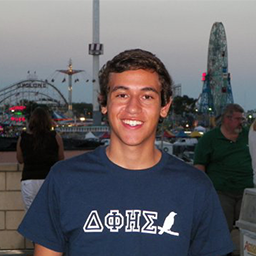 The Craziest Month Ever, Seriously

This past month has been one of the craziest months of my entire life and definitely the craziest of my collegiate experience. But it is also one of the reasons why college is so great and so I want to share it with y’all!

One of my passions that I found at the College of Charleston is being a member of the Student Government Association. I served as Student Body Treasurer this past school year and decided to run with one of my best friends to be Student Body Vice President while he would run to be Student Body President. We knew it was going to be an intense race with great competition, but we did not imagine what would come as a result of the election.

The campaigning process was a week-long venture which culminated in a 2-day voting period. At the end of the first 2-day voting procedure, I had fortunately won but there was a run-off declared for the Presidential race. This meant that for another whole week, campaigning would continue. At the conclusion of the week on voting day, of course it would be too easy to have a winner simply declared… Instead, my running-mate had been disqualified!

This led to a very stressful day or so until we appealed the disqualification and had it overturned—officially declaring us both as winners! It was great to have all of our hard work come to this final conclusion and we were both really ready to begin our terms.

I tell this story partially because I think it’s kind of a cool story, but mostly because I think there is a lesson to be taken from this situation. Although there were plenty of times when we both were exhausted, frustrated, or just plain stressed… We persevered. We stuck together and made sure that we worked as a team. It is so important to always take a step back and try to be as rational as possible even in situations where it may be near impossible to remove emotions. In life and in college, it’s a necessary skill to be able to do so… and this experience has taught me that.