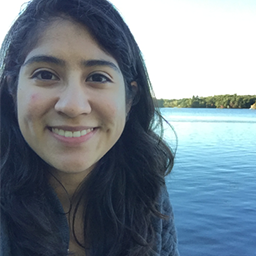 When I started my sophomore year of college I was timidly, even hesitantly, committed to being premed. I kept feeling like I was not special enough, or intelligent enough to be able to make it into medical school. I was thinking of defeat before I’d even started putting up a fight.

I was a hot mess. I compared myself too much to everyone, which is something that I urge you all to never do because you will make yourself miserable. I’ve finally realized that it was like comparing apples to oranges. We all come from different backgrounds, have different stories, and different amounts of character within us, so it really is useless to try to draw comparisons.

Character. That is something that is vitally important to being a successful premedical student. You need to have character, so that when you get broken down you can stand right on up. When you stand up, you are sending a loud message to whatever pushed you down to begin with. You’ve become a phoenix. A phoenix far more special than Dumbledore’s phoenix.

Think Rocky Balboa. Nobody really believed in him but he had character…and maaaaybe too much pride…BUT he earned a name for himself because of his tenacity to rise above the adversity he faced.

I let go of the obsession of grade point averages and comparing myself to others. Honestly I have noticed such a HUGE difference. I am doing so much better in my classes and I am happier nowadays.

The true strength of a person reveals itself when they have to pick themselves up from a place that they think they can never get out of. Someone who summons the power to stand and defy the odds and oppressing sadness, now that is a person behind powerful. That person becomes formidable and indestructible. I’d like to think that I am on my way to being formidable and indestructible.

I am glad to say that I feel like a stronger person with a sense of purpose. My dream is to be a primary care physician. And you know what? I am going to take ownership of that dream. There have been people who have tried to talk me out of it, but there is no way in heck that anybody is talking me out of my dream. My dream is mine, and nobody else’s.