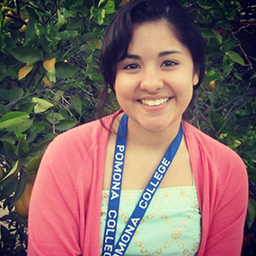 I feel afraid sometimes and I can’t sleep at night. There are so many sentences I’d like spit out of my mouth so that they can become a sonic investment in this world of all the things I think about. More and more, those feelings become words to close friends or to my writing. Only, more and more, I feel isolated and alone.

These feelings are not new to me because I grew up shy and embarrassed. Silences filled living rooms when I was too flustered or frustrated to talk. For years and years, I would sit at family gatherings without making an effort to interact with my cousins. My tías would remark about how quiet I was and my abuela would respond to them with something sly about how I was just always thinking about too much. I was a scholar, that was all and I enjoyed being tranquil. When I surpassed my default calm for frustration, I made it a beautiful, almost art-like habit of being passive aggressive and til this day, I think I make a Mona Lisa out of awkward conversations if I want to. I say nothing, I smirk, and I look through people. Because once the frustration that warms my belly is gone, I feel nothing. I was raised to repress negative emotions into a singularity, a bleak horizon of the breath that you exhale as you count to ten. As I got older though, I stopped counting. No matter how many times I counted, the negative emotions would be inspired once more by the same stimuli. I was told that it was not lady-like to yell but I did not feel more like myself until I started screaming. It is normal. I like to think that when my mom yells or when the womxn in my family whisper refutations under their breath, their rebellion makes them a little more of themselves too.

These days, however, I am not yelling save for rare occasions. I do not think I have the throat for it. A couple weeks ago, I almost lost my voice after participating in two post-election marches. Despite this, I still find ways to let my voice out. I write it online, I write it through essays, I write it through songs. So the fear does not come from my act of letting these words out of my head. It grips me whenever I think about the ways I could be perceived because of my voice. I am aggressive and guarded, I know this, and I know from conversations with some of my friends that I can exude a special kind of intimidation. On more than one occasion, I have had people share their initial reaction of me. I wish I could say that those sentiments are simply a gloss over everything I talk about but I think they trigger the insecurities I had when I was younger. I still do not know how to process them.

I am older now and after a series of blemish crushes, I think I feel more enticed than ever to remain closed off. I oscillate between speaking out and huddling back into my corner of the ring at the end of the day. I tend to over-think whether what I have to say is valuable before I let it out. Then I subsequently over-think whether I have further isolated myself by saying something at all. This is not a normal burden. If you voice discontent, you become the “bitchy woke girl” that is never satiated with liberal progress (true though) or you remain a complacent yet desirable individual that can glorify the male ego. These are simplifications of the real world but I have to say all the toxic images that make their way on my feed as ads or promotions inspire these insecurities. After unfeeling them or not recognizing them for a while, they can hit you harder when a phrase or image finds a way in. I know they are unfounded. But they become real when I hear those words and when I flashback to my memories. I would like to talk about this. I would like to be honest. The most inspiring people I know at my college are womxn of color who juggle their studies as well as their activism. It is not rare for me to look at the boards of my organizations to see womxn leadership. People view me with the same regard. I should not be afraid. I have something to say that I would like others to know. Although I cannot help but think that I will forever be Zipporah at the beginning of the The Prince of Egypt, throwing Moses into a deep well because even though he is “finding himself” and becoming a liberator, I require as equal an expression of determination as that of crossing a desert and climbing a well from men who are part of social justice movements. I do not fit in with the hookup culture on college campuses and I also am not actively seeking out a serious yet temporal relationship. I just wanted to be unconfused or unmoved once more by mixed emotions. I am older now and I worry whether I will ever find a partner who can both respect me and love me as an equal. I am older now and I do not know if my womxnhood is something my family will understand.