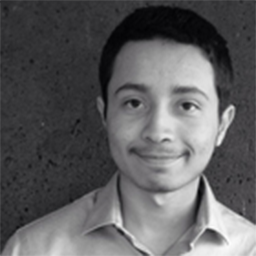 Why You Should Fail

“We learn most from our failures.” “Failure is an opportunity for learning and growth.” “It’s not a matter of how many times we fall but how we get ourselves back up.”

Ah, failure—it’s a universal word every college-bound student is all too familiar with, but I would argue that it is far more known to those who are “perfectionists” because failure, in all shapes and forms, is something feared. We fear failure not because of an ineptitude of recovery, but rather because of the consequences: Get a C on your transcript, you fear that that one letter grade will diminish your opportunity for admission to your dream program; Testing in the 94th percentile means we didn’t test into the 95th or the 96th, but more importantly the 99th percentile, meaning we fear that missing those few points will cost us our future; make any mistake, and we fear that it will be held against us and eclipse any or all of our accolades or victories that speak more of our character and promise.

However this seems very paradoxically when we are bombarded with this theme that failure should be embraced, at times even encouraged. The reason being that we are constantly compared to others and flaws cannot be tolerated. When 30,000 students apply to an Ivy League college with approximately 1,500 spots, we fear that getting a 31 on the ACT instead of a 35 now makes us less appealing. If our GPA falls below the school’s average, we restrict ourselves from applying to those schools, or be told to “be realistic” because that one C cannot be pardoned.

The frightening aspect about this phenomenon is that it is infringing upon our innovation and passion. Students are not taking risks, because by doing so you put yourself in a situation where you can fail and face the consequences. Instead, they take a safer route, a route that may not be aligned with their true interests but a path they venture nonetheless because society gives us no choice. This causes a lot of people to search for a different career—a different life—because the lack of compassion for failure prevents them from exploring their interests, or at the very least limits individuals. It’s killing creativity thus halting evolution and progress.

With that said, I encourage you to challenge the status quo by truly internalizing much of the advice given to us, but keeping in mind that by doing so you are also challenging a misleading facade. If you fail Organic Chemistry, don’t let that intimidate you from medical school; apply anyways and tell medical schools that you’ll probably fail again in medical school, and maybe even as a doctor. Maybe you will have to propose several budget plans instead of one, and that’s okay! Have that confidence in yourself that no matter how many times you may fail, you have the skills to make it up. That you won’t be sorry for the failure, but that you’ll be better because of it.

However I also think that the word “failure” has such a negative connotation. Rather than saying “I failed” I have a tendency to say “I need to rethink how I did this.” If I get a bad test grade, rather than lamenting the poor performance, I rejoice in the opportunity to speak with my instructors and catch up. I believe that they way we view our situations influence our next steps in a way that can either motivate us to move forward or paralyze us before we reached our goal. Since failure has been conflated with negativity, thinking that we failed can infest our passion and quickly eradicate our drive by making us feel hopeless. The frames by which you view your world has a major impact on what you can accomplish in this world.

Failure is not something I believe we should encourage people to be comfortable with and then punish the kid by questioning their contributions to the betterment of society. Don’t be afraid to ask a question out of fear that your intelligence will be brought into question. Don’t be afraid to start over on a project or an idea thinking that you’ll disappoint your superior because you didn’t get it immediately. Don’t be afraid of failure, even if people and structures in place try to instill that in you.