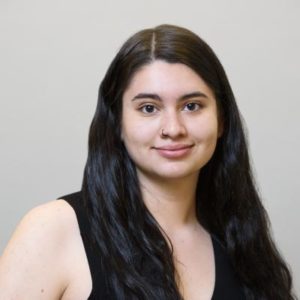 The One Time when Comparing Yourself to Others isn't Toxic

On an unexceptional summer day, one of those days that feels like it could have been yesterday, or the day before that, who knows- I reached over to my bookshelf and pulled out my high school yearbook. Names I forgot existed flooded my brain with memories I had carefully tucked away, trying to make room for obscure terms one would only encounter in literary theory, or the days when the Goodwill way down the street had discounts. Going to college for two years now, I had forgotten many things from growing up, and my time at Reed occupied a disproportionately large part of my memory. As I remembered all the people from high school and the ensuing feelings associated with this place and its people, I suddenly wanted to know how these people were doing. Many I had known since at least middle school, and now I had no idea what they were up to.

Quick Facebook searches revealed some girls I knew were now pregnant or had kids, and some of my former peers were even married. While I’m only twenty years old, I went to public schools serving low-income students , so this did not come as a surprise to me. How different this was from the lives my college peers tended to lead; even after graduating, some are privileged enough to prolong early adulthood, and avoid pursuing careers, dedicating even more time to soul-search and discover their interests. Wow. Of course, being privileged does not guarantee one will not seek a job immediately upon graduating, nor does lacking privilege mean one won’t take some time recovering from Reed.

These people I looked up were not immediately in my high school social group; when I started looking up people I had had more classes in common with, troubling thoughts surfaced. These people were doing cool things, when lately I’ve been bitter over not getting to do many cool things at Reed. While I took advantage of conferences, I am disappointed that I will likely not be able to study abroad, and the grueling process to do so at Reed doesn’t make me any more pleased.

Seeing a former classmate perform in front of a large crowd, following his dream evoked a tinge of jealousy. Happening across a video of another classmate doing college reporting, a dream I had before choosing to attend a small liberal arts college with no television or media program, fueled my grievances of missed opportunities and inadequacy. What caused me in these two years of college to lose sight of my dreams and forget why I went to college in the first place? I spiraled into a dark headspace where I forgot my own achievements and focused on what other kids were doing. It was more jarring because at least at Reed, my peers were to busy to have many major things going for them. We spend most of our time studying, unfortunately.

However, I began to think about people who constantly compared themselves to others, creating a toxic mindset in which they were never happy with themselves, and forming relationships for spurious self-serving reasons, and I decided I didn’t want that for myself either. I think comparing oneself is not inherently toxic; when I compare myself to others, I try to find things I appreciate about others within myself. And I gave a lot of thought to what the root of my envy in others: they were doing stuff they liked outside of academics. Here’s where I am grateful I felt those bouts of envy- I started looking inward and asking myself what I wanted to be doing outside of academics.I like writing and journalism, and writing for a blog like this is exactly what I want to be doing. I decided to put more effort into something like this that I already got going for me, and also started asking around about how to sign a channel up at my school’s radio station. I learned that I could use the equipment at Reed’s KRRC radio station to make a podcast, an idea I’ve been entertaining since I got to Reed. I’m thinking of writing film reviews for my college’s newspaper. That’s why I think jealousy is not always harmful, and that it could be productive. I turn the competition into a friendly one against myself, and focus on improving things I find myself lacking.