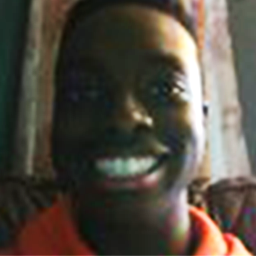 The Guide to the Galaxy

I used to think written up in the stars somewhere was my guide to the galaxy–the galaxy being college that is. Somewhere between the twinkling constellations was an ancient treasure map that held all of the answers to my questions about being a first generation student. I thought that this guide would lead me to the promise land, sure I’d have to stumble through some peaks and valleys, but I’d make it relatively unscathed. I searched for this blueprint for two years unsuccessfully. I cursed the skies as I continued my investigation for my long awaited answers but nothing came. How could I do this without a medium of navigation? It wasn’t until the end of my sophomore year that I realized that I wasn’t meant to have a map key, compass, or suggested routes. I was meant to carve my own path.

My last semester in college was probably the most difficult for me. My ambition talked me into taking four courses, retaining two internships, starting a political advocacy club and working in the spanish language department. In addition, I had just decided that I wanted to double major in English & Literature, Environmental Policy and minor in Spanish. The two classes I took revolved around environmental policy and my other two classes were in literature. Halfway through the year I realized that I was calling my significant other complaining at least every other week about the amount of stress I was under. Yet I persisted, knowing that this must just be par for the course. No pain no gain right?

Don’t get me wrong, I had some success. I was asked to be a student intern for the Robert Redford Conservancy for Southern California of Sustainability, and I convinced Nancy Sutley Former Chair to the Council of Environmental Quality at the White House to speak for to my advocacy club. I knew that I was working hard, but I didn’t realize how much harder I was working than a lot of the people around me who weren’t first gen students. It wasn’t their fault that I was working harder than them, they just had the road map that I coveted.

My lowest point was the last month of April. I was denied from two out of the three internships that I applied for and the third wasn’t getting back to me. After months of toiling for good grades accomplishing feats like convincing Nancy Sutley to speak at my school, I still couldn’t get an internship. I remember venting to my significant other about my predicament, detailing how hard I worked to apply for the internships that turned me down. I told her that some of my other non “firsty” friends seemed to work half as hard as I did and get internships that I never even dreamed of. I had no connections, I had no map, and I was starting from scratch.

A week after that break down I was waiting to get a response back from the third place I applied, the Environmental Protection Agency. I was able to convince a woman in human resources to push my application through to one of the deputy administrators to rush the response. As a result I got an interview. After the interview, I was given an unpaid volunteer position in Region 3 of EPA in Philadelphia. I was finally able to harvest a fruit of my labor. Still, I was discouraged at the initial reluctance of the agency to hire me, but I took the not yet ripened lemons I was given and made slightly bitter lemonade.

However, over the course of the 2 months that I worked at EPA those lemons matured. Those connections that I fretted about during the end of my semester were made ten fold at the end of my internship. Now, I am connected with several of EPA’s top policy makers and have also been offered internships for next summer. Also, I am in a position to meet former administrator Lisa P. Jackson who now works for Tim Cook at Apple overseeing their environmental affairs. The fruits of my labor came in several hectares.

I didn’t need that map in order to be successful. I carved a path out of uncharted territory without connections or a guide to the galaxy. I realized that it doesn’t matter how much harder I worked than my friends. All that matters is my work ethic because that’s what will deliver things like meetings with the government’s top public servants. This lesson was important for me to learn, but I hope the “firsty” reading my blog will learn this faster than I did. We can’t compare ourselves to those with more of a head start. Yes, they may have more resources and advantages than you because they’ve already been advised on the college process, but we have something special too. We have the ability to do whatever we want however we want to and be successful because no one in our immediate family has been in our shoes. In some ways we have advantages too because we can’t fail. It’s impossible to fall short because we have nothing and no one to measure ourselves to other than ourselves. The stars can’t tell us what to do, we tell the stars how to align. We are the authors of our own guide to this intergalactic process that college can be. Write your own guides “firstys” because whatever you put down will twinkle just as bright if not brighter than any constellation in the galaxy.