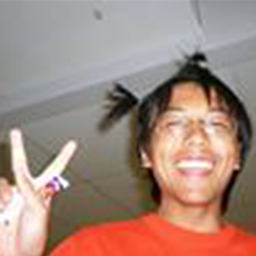 Spring break the coveted week of the college experience.  For me, it was just another week.  I ended up going home for spring break back to NYC…hadn’t made any friends since I’d moved there…still didn’t feel much like home.  At the very least though, I had some friends from Brown staying in NYC for break.

My first two days were spent in luxury: two hours of gaming, two hours of greasy fat foods, and twelve hours of Netflix each day.  Then I got down to business.  Sparing the gruesome details of war, I spent four days straight doing work from dawn till dusk and dusk till dawn (not quite but you get the picture).  Not going to lie, it left me slightly depressed.  There was certainly the looming thought of “I spent most of my whole spring break working, what kind of loser am I.”  Then, I realized that it really wasn’t that bad.  After this past week, my expectations of spring break have changed.  I thought (like every other incoming freshman) that break was meant for the most fun college experiences one would remember…but now I realize it’s really just another break.  It’s quite a bizarre thing why so many college students spend so much money to travel for one week of “spring” when it could be done just as well in winter break.

Anyways, I also learned a harsh reality over spring break which I’m going to gloss over briefly because the details are somewhat personal.  Sometimes people care; sometimes people don’t.  You’re probably thinking “everyone knows that.”  Okay, well here’s what I actually learned: Sometimes cops care, sometimes cops don’t, it can very well depend on your skin color and/or socioeconomic status.  It’s a hurtful thing when the justice system that I have no choice but to trust comes spits at me in the face.

Because I realise that two officers do not represent the entirety of the NYPD (although some might say they do), these complaints are only directed to the officers:

While there may be more to say, I must also note that I ended up calling New York State officer and he offered to assist my family and I in this case.  Abstaining from details, I’ll only mention that I’m very thankful for what this man has done and how he has redeemed my view of the enforcement of justice that officers swear by.