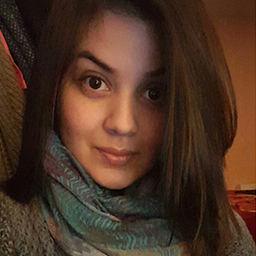 In the midst of weakness comes strength

Have you ever failed in doing something? Have you ever gone a certain route and thought that you were going so well that you actually got distracted and failed? I have. Earlier this year, I got myself in a hole from which I thought I could never get out. I am still not -and I don’t think I will ever be- happy of how I got there, but I am glad that I am not there anymore. Maybe later in life I will be able to speak about that period of time in my life, but as of now, what I can share is that through that period of time I was able to get closer to God. I was able to meet the God of restoration, the God of mercy and the God of second chances. Of course He is so much more than I can write here, but that is a journey that each person has to discover and undergo themselves.

Now, going back to the hole afore mentioned, it affected me so much emotionally that I had a car accident in February of 2016. My mind was everywhere else except in the things that truly mattered such as God, family, school, work, etc. But even though I was going through a lot and I had let my guard down, I was doing well in school. I am still not sure of how I was able to manage, but I am glad that my academics were almost intact. Yet, since I was not doing so well emotionally, I had to attend weekly counseling sessions. These sessions were helpful in that I was able to learn more about myself and get so much off my chest. I also think that in this process of wanting to move forward I was lead closer to Christ for it was only in His word that I genuinely found strength to overcome the problem I was going through. I could not talk to anyone about the situation that I had gotten into, but I knew that God knew what had happened and how I felt about it. His word was literally medicine to my bones and it was only in Him that I could find rest. It took a long period of time for me to feel a lot better, or at least it felt that way, but I think that seeking God for help as well as talking to someone about what had happened helped MOVE FORWARD with my life. Most importantly, it helped me to know that second chances exist and that my mistakes do NOT have to define who I am. They only add on to the knowledge that I have of life.

To move forward, there were a lot of changes that I had to make. I had to cut off some people of my life and also invest time in doing things that helped me spiritually, mentally and physically. In my case, I started to read more, I started to exercise again, I began building new relationships, I began trying to eat healthier, I started a new job, but what I think helped the most was attending spiritual growth classes at church that taught me how to avoid getting into holes like the one I had gotten into. I love to think about these classes as rehab for they helped me a lot in recovering from the patch that I had been in.

Interestingly enough, through this rough phase a lot of good things also happened. You see, based on the circumstances that I was undergoing, I was not expecting good things to happen. But, even in failure I was able to witness grace. Hence, in April of 2016, not only was I able to participate in the NPEA conference that took place in Baltimore, Maryland by representing first generation students in an I’m First panel, but my poem Invaluable was published by The Record, which is Trinity Washington University’s magazine. I had been wanting to publish a poem for a while and I had been working on Invaluable for quite some time. Hence, I truly felt accomplished once it was published. Also, in May of 2016, I was able to participate Lori Pratico’s Girl Noticed project that took place in the District of Columbia. My Face was actually painted in a mural that hung in Columbia Heights Educational Campus’ (my former high school) main entrance and members of the community could actually see it. Later in July, I was also able to deliver my first graduation speech to the summer graduating class of 2016 at Columbia Height Educational Campus, who was also the liaison between Ms. Pratico’s project and I. Now, I am a senior in college, and a lot of great things seem to be headed my way. I will tell you more about it as the school year goes on.

But, through this all I was able to learn that in the midst of weakness comes strength. I learned that it does not matter how low a person can go, but how high he or she can rise in order to move forward. I am not saying that getting up will be easy, but I am saying it will be worth it. Hence, what will YOU do to move forward?