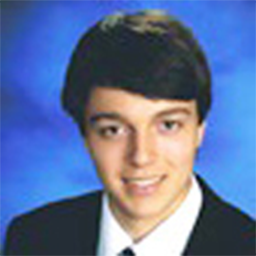 If I were to describe myself, the first quality that comes to mind is introvert. While I am very open with my friends, getting to a point of friendship with new people that I meet is a bit difficult. Coming into college, the only people that I got to know somewhat well were the other students living on my floor, since I would see them quite often. While in class, I was focused on paying attention, and never went out of my way to introduce myself, and after a certain point I felt it was too late to do anything about it without being extremely awkward – so I didn’t. Also, given that my first few classes were all introductory classes with over 200 students, I was a bit overwhelmed with how to go about meeting new people.

This year, my junior year, things began to change. Instead of taking a full course load of classroom setting courses, I decided to balance my schedule around half classroom and half lab based courses. The labs that I decided take were Electrical and Computer Engineering Lab, a hands on approach to electrical engineering concepts and functional circuits, and Mechatronics, a lab geared toward learning the fundamentals of robotics. Both of these courses had one thing in common – they were completely group based, and were centered around a heft final design project. I was initially a bit hesitant to join these classes, since I didn’t have many other friend enrolled, but I figured it would be beneficial to learn the skills of working hands on in a lab.

On the first day of class, I walked in to a room full of faces that I fully recognized, but had never really gotten to know before. Most of the other students in my major had taken the same track of prerequisites and other classes, but I never had the opportunity to work with them before. Now I was thrown into the deep end, but I kept an open mind. Over the course of the semester, I worked with and interacted with all of the students in both labs, which was quite easy since we consistently had to choose different partners, and the small class size of no more than 15 students made the setting more intimate and comfortable. My favorite aspect of this semester was my Mechatronics final project group, in which we were challenged to design a robot that could play music. Or the better part of the semester, I worked with the same three guys, learned immensely important practical skills, and had an incredible time doing so.

From this semester, I have come to be very comfortable with working in a lab environment, have a substantial project design experience under my belt and on my resume, and a new group of solid friends. I would highly advise anyone to explore any possibilities to get out of the traditional classroom setting for all of the reasons that I mentioned above, and for the simple fact that it is actually fun. You chose your major because some part of it interests you and that you could see yourself pursuing it as a career. No career is going to involve you simply learning from a text book, so get out there and get your hands dirty.