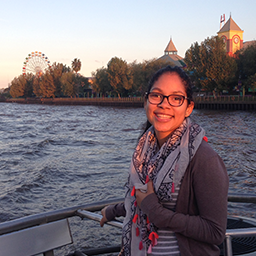 Decide What's Best for You

Although high school did get tough at times, overall I had a pretty good high school career. I never failed a class, I did not have anything lower than an 85{53c6eff5ce19621f7316832cfedf08caab022021f1679c62c3f44b8900ceaf72} on my transcript and I passed all of my standardized state exams. I was in the top ten of my grading class. I was always motivated and gave everything I did my all.

Coming into college I knew that the workload was going to be bigger and more challenging. However, I thought that I would be able to handle it because of my performance in high school. I registered for five class, just as all freshmen did. Since I was undeclared, I tried to take a variety of classes to try and figure out what my interest are. My fall semester consist of an Early Education class, Biology, English, Intermediate French, and religion. Not too bad, I thought to myself.

That all changed once classes started! I went into every class with an open mind, but after the first week I realized that I felt challenged in all my classes, even the ones I thought were going to be easy. At first, I thought I could handle it. But as the second week approached I was not completing and understanding all of my assignments fully. I struggled with what to do. I thought about dropping a class so that I could have less work and I could be able to do well on the other four classes.

I could easily drop the class without receiving a “w” for withdraw on my transcript because it was only the second week of school. Thankfully, while in high school I took about four college courses, and all 12 credits successfully transferred. Although I knew I had extra credits that would help me not fall behind, it was hard for me commit to dropping a class because I felt like I was failing myself. I couldn’t help but feel ashamed and defeated. I kept asking myself, why couldn’t I handle five courses while everyone else could? What is wrong with me? I started getting anxiety because I did not know what to do. The next day I spoke to my counselor and mentor and asked them for their opinion. They both agreed that there was nothing wrong with dropping a class because I would not lose anything if I did. That afternoon, I dropped biology and decided it was best for me to only take four classes my first semester.

From this experience I learned that part of growing up is being able to decide what is best for you without comparing yourself to anyone else. It does not matter that most of my friends are taking five classes while I’m only taking four. If four is all I can handle at the moment than four is all I will take. I might not be “smart” of “prepared” enough to take five classes but I am capable of choosing what is right for me. That matters more than how many classes I am taking. I also learned that high school and college are completely different. College is a brand new world that deserves to be taken one step at a time.