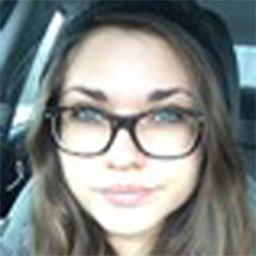 March… The time of year when the transition into spring is accompanied with the anticipation of finding out whether you have been accepted or rejected by the colleges. For me, March marks the anniversary of a series of rejection letters I had received in 2013. I have told this story before in my blog, but I feel the need to tell it again as anxiety peaks for high school seniors. Although today I prepare to graduate Boston University, four years ago I was preparing to graduate high school with the anxiety of not having been accepted into the colleges I applied to. Rejection letters did not come to me because I was not a good student; it was because I did not put much effort into my applications. I was applying to college during a very tough time in my life where my mother and siblings were packing up to move from our West coast home to the East coast where my stepfather was relocated. Not only was I dealing with my family’s big move, but I also felt alone throughout the application process. Neither of my parents went to college, so I was unable to refer to them for guidance as I handled the difficult task independently. Although I did not get into my dream schools the first time around, I worked hard throughout my first year at a community college to then transfer to one of the school’s that rejected me the first time – Boston University. Why was I successful the second time around? It was because I sought for guidance from those who had experience and insight on college. Although my parents were not able to give me the advice I needed, I stepped outside of my immediate circle and spoke to school counselors, friends, family friends, etc. Rejection is never easy, but it is also never the end of the world. If you do not get accepted to your dream school or land the internship you had your heart set on, then it is going to be okay. The key to combatting rejection is to persevere. So first gen students, I challenge you to persevere and fight for what you set your heart on. With enough determination, you can achieve anything.