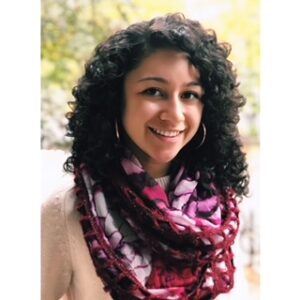 How It Started and How It’s Going

We are often told that it is alright to go to college and not know what you want to study or what you want to be. While that is true in many cases, it was not exactly my situation. I had known since the second grade that I wanted to be a nurse because I have always wanted to help people. So, I started my first semester as a pre-nursing student at Virginia Commonwealth University. I was so sure that I was going to apply to the nursing program and become a nurse, but that did not happen. I soon realized that I did not want to be a nurse!

After my first semester, I decided to study psychology and sociology. Then, I thought I wanted to be a therapist. While I do still plan to become a therapist, I want to eventually move into advocacy work. As I continued to complete my college years, I mentored numerous first-generation college students. Through first-generation mentorship programs, I have been able to provide resources, guidance, and support to those who need it most. I have been able to provide a helping hand to an underprivileged population. I have been able to advocate for those of us who have had to work twice as hard to “Make It Real,” Which is our school’s motto. I have been able to help motivate and inspire others. Through the first-gen mentorship programs, that I have had the pleasure of being a part of, I found my true passion.

When entering college, I thought I knew what I wanted to do. I surely did not predict that mentoring would lead me to what I was destined to do. Being a mentor for first-generation students inspired me to be a social worker. Mentoring has given me the opportunity to find what I really enjoy doing and in addition to the meaningful connections I have made, I have to admit this is the second-best reward of it all.