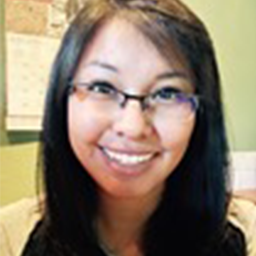 The end comes so much faster than you think!

These last two months wrapped up not exactly neatly, or organized, or as expected. It all started early April, when professors were giving out the final syllabus for the next couple of weeks as well as beginning to rack up pace to cover enough to give an exam on the last day of classes as well as the final exam during final periods.

I was given a heap of projects: Creative Writing: 2, World Theatre: 1, Petrology:3, and Soils: 1. I am a geology-environmental studies major and my goal for this semester was to satisfy my art credits for distribution requirements and I did! Success! Distribution at a lot of schools seems daunting, it’s fairly simple to hit some like quantitative analysis and classics. Others are a little abstract or take some more planning. In retrospect, I could have done a better job of addressing my art credits earlier, such as my first year here, but I didn’t feel motivated to do anything art related.

Then junior year hit. What isn’t usually addressed is professors leaning more toward first year students to accept and deny upperclassman because of class ranking (most arts are 100 level) and assumed lack of interest because if your are reaching for distribution requirements early senior year, you’ll have a hard time being accepted into any art course. I’d honestly think this system at a small Liberal Arts College would not be an issue, but alas, distribution requirements should be mapped out. But in my frenzy for pre-registration for my Spring semester of my Junior year, I found that theater classes can fulfill requirements and are fee free–perfect!

I really enjoyed my World theater class and Creative Writing. Both gave my scientific minded self a bit more leeway for creative thought and the use of writing and performance together to create an experience. Both classes’ projects did not phase me, they stretched and scratched my skill and skull to best thread together a better writing practice for any geology papers I will need to write in my career. The class Ecology and Geology of Soils was also one of my favorite classes at Whitman. Petrology is for my geology major, it was captivating in it’s own way–much difficult.

With all these projected projected onto us with 3 week left in the semester, the beat and pulse of campus becomes tinged in stress and the air become rigid, if you can imagine. Student want like caffeine zombies ready to pounce at a hot cup of joe, even if lie in a professor’s hand.I avoided this a little, not much. I actually began to limit my caffeine since it can create havoc on my nerves and keep me jittery under too much stress (just enough stress of finals and I fall asleep instead). Around halfway through the second week, everyone on campus (even professors) were on edge. Campus felt like a beehive with cranky bees.

Our finals period lasted for 5 days, but my finals concluded in the first two days. I was finished relatively early and am now a rising Senior! So exciting! Level up! Without flopping over for a couple days of course, my brain and body were worn and wrists from typing were worn. What felt like a week was 3 and then I was suddenly done with it all. My body is still tapering off from the stress induced motivation, trying to switch back to leisure mode. Has not happened yet–

BECAUSE… I HAVE RESEARCH THIS SUMMER! YAY! I was accepted as a research assistant for my Petrology professor and we will be analyzing the mineralogy of volcanic clays used for pottery by early Aleutian people. I took this opportunity because I wanted to be comfortable with geologic machinery and tools used in labs. I will be working with an SEM, secondary electromagnetic telescope.