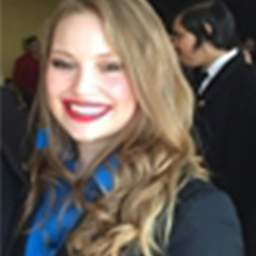 As March comes to a close, there numerous things going on. My break was not a very pleasant one as I was not fully able to enjoy it; I got sick on Sunday and didn’t feel better until Thursday. However, being in college means you can’t just wait it out, you have to work through the pain. Although I do not have any midterms, I do have a lot of assignments due which have been pretty overwhelming. I remind myself that the semester is almost over which is exciting, but then it hits me that this semester is almost over and I can’t believe I actually made it through my freshman year. Summer will be here soon and that means summer classes and working until the fall semester begins. I am excited about a possible internship during the summer, the classes not so much.

March is also a nerve wracking time when the, either dreaded or long awaited, letters begin coming in from colleges. Being accepted to colleges is probably one of the most exciting times in high school. Being rejected is easily one of the most disheartening experiences as well. My senior year I applied early decision to a difficult university (my number one choice) and I was rejected. I remember reading the letter three times and called one of my closest friends and cried. It was so awful. I didn’t know what to do because that was really the only school I cared about and now I had to find somewhere else, but there was no other school I was all that interested in. As other acceptances started coming in, I found myself getting excited about another school, the University of Houston. I was accepted to the university and began my journey!

Being rejected is an awful feeling but it certainly isn’t the end of the world. There’s always other options and it might even be better than your original plan! It’s important to remember that a rejection does not reflect badly on your intelligence. It simply wasn’t meant to be and though it doesn’t feel like it at the time, it’s okay.