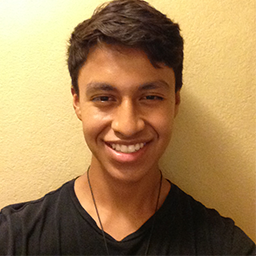 What does it mean to be an undocumented student?

This was a question I grew to ponder, especially at the peak of college applications. I came to the realization that for most of my life, I really downplayed my underprivileged position as undocumented. I remember having a conversation with my cousin and telling him that I did not feel as if being undocumented had been a major obstacle in my life up to that point, specifically because it had not affected me directly or prevented me from doing what I had wanted to do (academically) up to that point. Well, this conversation took place before I began to delve deep into the college admissions process, and before it dawned on me how many schools I couldn’t apply to, either because they did not accept undocumented students or because they were federally funded, meaning I was not eligible for financial aid. I realized that although I had not been detained or I had not been prevented from getting a driver’s license (Deferred Action for Childhood Arrivals (DACA) had been enacted by that time), I was at a severe disadvantage compared to other students in terms of mere opportunities that were available for me.

This same conversation, in hindsight, prepared me for the trek ahead of me, and gave me something to hold in those desperate weeks of college applications. I remember my cousin asking me, “Think about it Luis, if you weren’t undocumented, would you be where you are today?” Truthfully, I don’t know where I would be if I didn’t grow up seeing my family’s constant state of vulnerability. If my parents did not have to work long hours in miserable conditions, if they did not have a family to provide for in Mexico, if my parents had a stable job, decent wages, retirement benefits, and every other privilege that is more attainable with being a citizen of this country, I don’t know if I would have faced challenges with the same urgency that I have to date.  In the same way that it is easy to take for granted the privilege of being documented in America, I took for normal the underprivileged position I am in, and failed to see the privilege it had afforded me in being able to turn my undocumented status into a driving force.

To anyone undocumented, who may feel intimidated, afraid, or belittled by the thought of college, I encourage you to look at your situation, acknowledge your struggle, and see the value of your story. Seek out people who can see it for you even when you can’t and who will encourage you to keep trekking. Know that there are resources, that there are schools looking for more than GPA and SAT scores, and that more of your perspective is needed in college institutions.

Below are a few resources and opportunities for undocumented students (a couple of which include a full ride) that I have found useful. Some application deadlines have passed, but they reopen every year. Best of luck!