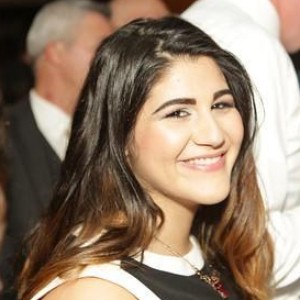 Embracing the Challenges That Come With Being a First-Gen Student

We all grow up with ambitions and desires that fill us with joy. We want to become somebody, do something and go somewhere. Do you remember when you dreamed you would become a doctor who helped people heal? Or a lawyer who would protect society from criminals? Or, what about dreaming you would become an astronaut and help to discover another planet or extraterrestrial creatures? We all have had aspirations that we wanted to fulfill. Sometimes, people are given the opportunity to do so, and for many, this includes higher education. However, a great number of men and women are not given that chance as a result of factors such as economic status, gender or race. As first-generation students, we have seen what this is like because, for some reason or another, our parents and guardians did not attend college. Thus, we don’t have parental predecessors to guide us and advise us on the college process.

My name is Donya Nasser, and I am a rising junior at St. John’s University in Queens, New York. I am a native Floridian: a child of sunshine, salty waves and Mickey and Minnie. I am also of Iranian descent, raised with the Persian language, culture and religion. It was difficult being the oldest child at home, always having to fill out the paperwork, not only for myself, but also for my younger brother and sister because my mother did not understand it well enough.

In addition to being a first-generation college student, I am also a first-generation American. Neither my mother, who was my predominant caretaker, nor my stepfather attended college. My mother was not allowed to attend university or take English classes, so I was her secretary, translator and, in many ways, her assistant. Sometimes, it was easy to feel some resentment. I soon realized that it was not her fault. She did not have a choice, and being in a foreign country without that higher education makes it even more difficult. When my mother asks me to complete one of these tasks for her (for example, when she asks me to read a form at our doctor’s office), she is setting aside her pride so that I can have what is best for me. Maybe you’ve also thought to yourself that you don’t deserve to take on all of the roles that you fill, and that you were born into an obligation that is unfair or unjust. Remember that many people don’t realize how important a college education is until they are in a situation like this, when they don’t have the skills they need–sometimes to no fault of their own.

I am studying government and politics, as well as women’s and gender studies. As long as I can remember, I’ve wanted to run for office and serve my country. As a result of my mother’s experiences and what she’s had to endure, I developed a passion for advocating for equal rights for women. I also evolved a taste for academic excellence at an early age, wisely understanding the importance of higher education in this world.

I’ve had no shortage of challenges as a first-generation college student. I was unaware of what it takes to get accepted into the college of my choice and the preparation required. How could I have known that extracurricular involvement and activities are imperative? Or how absolutely essential my SAT/ACT scores would be to my chances of acceptance? Moreover, no one explained to me that applying to many different institutions is highly recommended, or that straight A’s would not automatically result in a full scholarship package. I almost lived in this bubble of innocence and naïveté, one that my mother was unable to pop because of her situation.

A sea of opportunities is available to high school and college students; however, if you are unaware of these opportunities or how to take advantage of them, there is no way you can grasp onto them and reach your maximum potential. There is no doubt in my mind that if my mother had gone to college and understood the process a little better, I would have been in a completely different place in my life, ahead of where I currently am, and I would have been able to walk through many more open doors. A feeling of regret eats away at me sometimes, when I am reminded of what I could have had, but embracing challenges and struggles makes me stronger as a student and as an individual. I did not have a choice when it came my status as a first-generation student, but, like all of you, I made my decision to pursue a college education. I embraced the challenge, and came out as the victor.