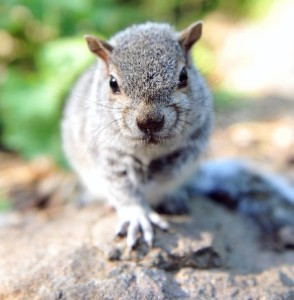 College often begins with “orientation week” because the rest of your first semester is a series of disorientations. The move into a dormitory was especially disorienting for me. I grew up in a traditionally working-class Polish household. My grandmother still served duck’s blood soup (czarnina) to a full house than included my great-grandparents, grandparents and great-aunt, in addition to my sister and me. (While my single mom worked, my sister and I went to my grandparents’ house to avoid being “latch-key children.”) When it was time for me to move into the dormitory (which was paid for by a scholarship, thank goodness), my sister joked that the food got slightly better at home with one fewer mouth to feed. Certainly, the dormitory didn’t try to thin every meat patty with breadcrumbs the way that my grandmother did. But it also never served a soup like my Grandma’s, ever.

But most disorienting were the conflicting expectations for work. My great-grandparents and their oldest daughter, my great-aunt, never completed any education beyond middle school. My grandmother completed high school; her husband did not. My mother completed a certificate in accounting after high school, though she never became a bookkeeper, preferring instead the long hours of community organizing. I was already at least four years ahead in full-time schooling compared to most of my family, and I was preparing for four more. (Though I did not know it then, later, I would opt to study for seven more years when I pursued a master’s degree and a doctorate.). My family loved me, but I know that they thought I was avoiding work. So as soon as I could, I took a full-time job and, shortly after, rented an apartment—as much for the money as for the ability to show that I was working.

Being a first-generation college student means living up to conflicting dreams and ideals, some of which you may not be aware of at the time. I like to think of it like training for a triathlon—you can’t just train yourself to be the best runner, then drop running to train as a swimmer, then forgo swimming to focus on biking. Rather, you need to strike a balance in training for each part of the event, to see these skills as reinforcing one another and to understand the ways that these skills can come into conflict with each other. This is no easy task, though.

The Values of the University

The values of the university dictate that you prioritize academic success, which faculty and staff believe is more valuable in the long run than any income you can earn while in school. This  means seeking opportunities that you may not know exist or that may not seem relevant to your future. (For example, I thought that  internships were “free labor”—why should I want one of those when I could pick up extra hours at the nursing home where I worked?) It means asking questions like: “Is it worthwhile to pay $40 to join an academic honors society, when that money buys a week’s worth of eggs, noodles and milk?” And it means participating in curricular activities (literary magazines, intramural sports, etc.) that seem only to cut into the hours you could spend working.

The Values of Home

The values of home often stand in contrast to those held by the university. In my case, these values involved prioritizing family and labor, because labor supports the family. (I used to think of these priorities like running and shooting—the skills that members of my family used every fall to bring home fresh venison, in fact!) My great-grandparents all took jobs while teenagers to support their families; it was an unspoken rule that, by age 18, a child should at least no longer be a burden to the family, if not be a contributor. More than that, labor was, in my family at least, a sign of maturity and of masculinity. These expectations only became clear to me later, sometimes after family fights.

Family fights that result from these conflicting values can be doubly complex. Professor Erica Abrams Locklear, the author of “Negotiation a Perilous Empowerment: Appalachian Women’s Legacies,” talks about claims that a child will go “above their raisings,” to try to go beyond their parents, as a source of family friction in Appalachia. While I grew up in working-class Milwaukee, not the rural foothills, I knew that friction, too. My family wanted me to be all that I could be, while remembering that all I could be would be no better, certainly not “above my raisings.”

It was my job to find the balance: to master the skills valued at home and those valued at school so that I could be successful in the first-generation student triathlon.

Adrift without a Navigator

In this triathlon, you can develop the essential skills. You can run like nobody else, bicycle like the wind and swim like a fish. But there is another challenge: you may have no idea when you should running, swimming or bicycling. And, even if you manage to watch your peers to follow their lead, you will likely fall behind.

Compounding this is the fact that so few faculty and staff members understand your position. Many, if not most, faculty and staff in the university come from families where education was valued from the start and the survival skills they need were transmitted, if tacitly, by parents. Thus, few of your mentors will know what questions to ask to get you the help you need.

Finding the Resources You Need

Nonetheless, there are resources available. Some may be available at your high school or college (ask a counselor about Federal TRIO Programs and local college access programs). Some are on the web, and some may be accessed with the support of your school academic advisor, career services or library. (Check out the list of resources here, too.) And remember, nearly everyone at your university wants you to succeed, even if they don’t always know how to help someone with your specific needs.