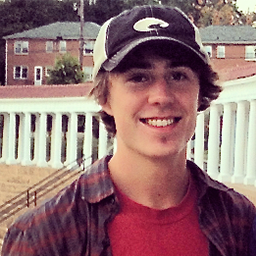 Listen to the Ambience

3…2…1…BOOM! A train violently smashes into the building, sending glass, bricks, and furniture into a tornado-like fury. In utter panic, the five kids around me scream at the top of their lungs for several minutes (what seems like hours), and then the room suddenly collapses into an utter silence as if nothing had happened. What did just happen? I look up at the five kids waiting for some kind of response to the tragic incident. In unison, they take off their headphones, lower their boom poles, and smile. They were satisfied with their screams.

A few weekends ago, I had the chance to work with 10-13 year olds in an Audio Design workshop put on by Light House Studio (where I work as an intern), a non-profit organization in Charlottesville that teaches young students about the art of filmmaking. The train crash described above was from a scene in Hugo that was projected onto a wall during the workshop. The audio was stripped away and it was up to the kids to interpret aurally what they were seeing visually.

As a Media Studies student concentrating in film, I have become very aware of the small details that make a scene outstanding. One of the most important elements of a great scene is how sounds relate to their corresponding images. As the lead mentor of the workshop, Amanda Patterson, said, “the best kind of audio is the audio that goes unnoticed.” In other words, if what you see matches so well with what you hear, they harmoniously exist as one and you are not consciously thinking about them as separate components that have been stitched together.

I was completely blown away by the degree in which such harmony existed in the students’ recreations of the scene. They were so careful about the detailed foley sounds that weren’t obvious, using rocks, sticks, cardboard boxes, wind chimes, soda cans, broken glass, broomsticks, and their own voices to create their interpreted sounds. They even learned to call background sounds “ambient noise.” To restate, there were kids as young as 10 using the word “ambient.” Their editing skills in Final Cut Pro were also very impressive. One girl looked up to the ceiling for a moment as she pondered something, and then her hands rushed to her keyboard. She had realized that the sound of footsteps can’t exactly be the same noise throughout the scene. She then figured out how to fade the footsteps at certain times throughout the scene to differentiate footstep sounds based on the actor’s proximity to the camera. To see this girl come to such an advanced realization was so rewarding and served as a true testament to the capabilities of young students.

The headache that ultimately followed the intense screaming of five middle schoolers soon faded and became replaced by inspiration as I watched the students work together, laugh, and flourish in their creativity.

As a college student, it is so easy to become entrapped in a bubble of 18-22 year olds, believing the rest of the world is simply “ambient noise.” If given the chance to step outside of that realm, even if  just for a moment, take it! Grasp ahold of the opportunity to interact with others, especially children, because witnessing the laughter of young and excited kids is the most refreshing sound a college student can hear in the midst of a stressful week.